by the Horse / Tuesday, 26 February 2013 / Published in Press Release, Uncategorized

Golden, BC – To fully enjoy your Spring Skiing just add; Sun, the most beautiful mountains in the world, music, après ski and your friends, then you’ll have the Recipe for Spring Ski magic at Kicking Horse Mountain Resort’s Sun, Splash, Funk Fest. Join us for 2 full weekends of fun starting March 30 & 31 and ending with an incredible 2 music act extravaganza on April 6th & 7th. Action packed fun for all with a funk & retro theme will keep you on your toes in the base area and loving the spring ski turns all day long! Don’t settle; attend the best Spring Skiing Festival in the Banff region!

BBQ’s and Live DJ music and an the incredible line up of events – All events, entertainment and music in the Base Area is free for spectators!
March 30th –Dummy Downhill, fun and full of laughs, this classic ski hill event is sure to bring a smile to all faces & Golden’s choice in best of local bands!
March 31st- Easter Egg hunt – Kids will go bonkers looking for a mountain full of eggs
April 6th – two of Canada’s best up & coming bands play their hits while you dance – Rah Rah & Two Hours Traffic
April 7th – ‘Slush Cup’ Returns – A crowd pleaser – watch skiers and snowboarders try to make it across a pond full of chilly water! Loads of eye candy & belly laughs on this one!

Rah Rah
Rah Rah was named “Best Alternative New Artist” and “Best New Canadian Artist” in iTunes Best of 2009 list. Rah Rah headlined the Whistler Live! stage during the 2010 Paralympic Games and performed at the Saskatchewan Pavilion. The group has been noted for their energetic live shows which often feature Pop Rocks candy[5] and confetti.
In 2012 the group signed with Montreal’s Hidden Pony Records. The band released their third LP “The Poet’s Dead” in 2012 on Hidden Poney.[6] The band has performed with such notable acts as Wintersleep, Mother Mother, Plants and Animals, Said the Whale, Bedouin Soundclash, Library Voices, Minus The Bear and DD/MM/YYYY.

Two Hours Traffic
Two Hours Traffic is a Canadian indie rock band, based in Charlottetown, Prince Edward Island. They are named after a line in the prologue to Shakespeare’s Romeo and Juliet. Although often described as the band that Halifax guitarist Joel Plaskett took “under his wing”,[1] they have increasingly become known as purveyors of original, well-crafted power pop songs.[1][2] Critics draw comparisons to 1970s power pop
band Big Star,[2] but the band members tend to cite Nick Lowe as a prime influence.[3] The band’s achievements include a nomination for the Polaris Music Prize in 2008 for the album Little Jabs. 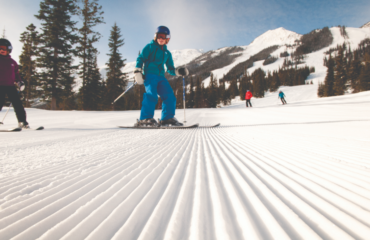 Yes, You Can Shred Kicking Horse as a Beginner