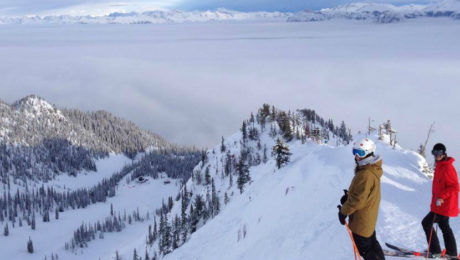 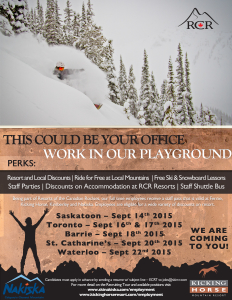 This could be your ‘office’!  We’re having recruitment sessions in Saskatoon, Saskatchewan and Toronto, Barrie, Waterloo & St. Catharine’s in Ontario from September 13 to 22.  Pre apply for an interview on our Employment section.

Check out ‘We’re not funny‘ on our Youtube channel to see how much fun you’ll have working here! 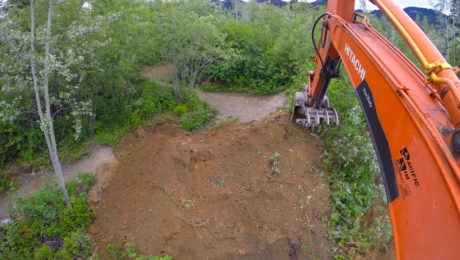 Prepare yourself for the best opening in Kicking Horse Bike Park’s history. This isn’t vacuous marketing hype, but the real McCoy. On a normal year, the opening bell only rings as high up as Blaster, about two-thirds of the way up the hill. This year however, the ringing will be heard from the very top of the mountain. Every trail on the map will be open on Day 1 (disclaimer: you may have to cross out a couple runs on the map, like Rock Garden and others to be discussed below, to make the above statement true). We’ve never seen so little snow in the alpine at this time of year. We’re pretty sure there will be hell to pay for it somewhere down the line, but for the opening (preview) weekend of the park, it couldn’t be better news! 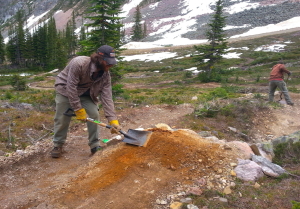 Every other year we would have been digging snow here at this time of year.

Gone are the soul-crushing days of the past when we spent the entire spring digging organic crap out of the original poorly-constructed berms and jumps, feeling like we were in that Hitchcock film in which no matter how far forward we tried to get, the hallway just kept extending further ahead of us. But, like the movie, the horror finally ended. Now we spend most of the pre-season twirling moustaches and creating new features and reroutes. 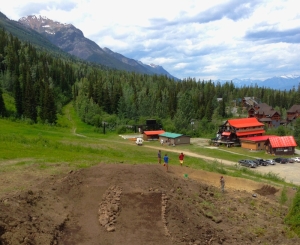 Seven new jumps and a berm were added to the end of the DJ line. That doubles the count. How fun is that!

Three of of the new jumps being built at the end of the DJ line. 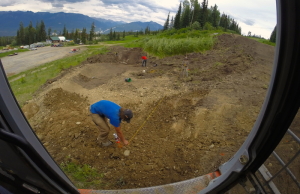 At the speed you will be carrying into this berm, it better be shaped right.

SUPERBERM – Superberm, for logistical purposes, has been broken down into five sections: SB0 to SB4 in TC parlance. SB0 is the last built, but is at the top, which might explain the odd numbering system. It got one new jump, but needs more. SB1 needs very little help these days, and won’t see any. SB3 is damn close to being dialled after getting two big re-workings. SB4 had a major reroute and some jump enhancements this spring. One more reworked berm is needed at the bottom. SB2 is the embarrassing misfit we try to ignore but will have to dress nicely eventually. 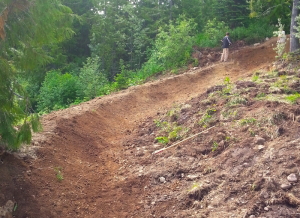 The beginning of SB4’s reroute. 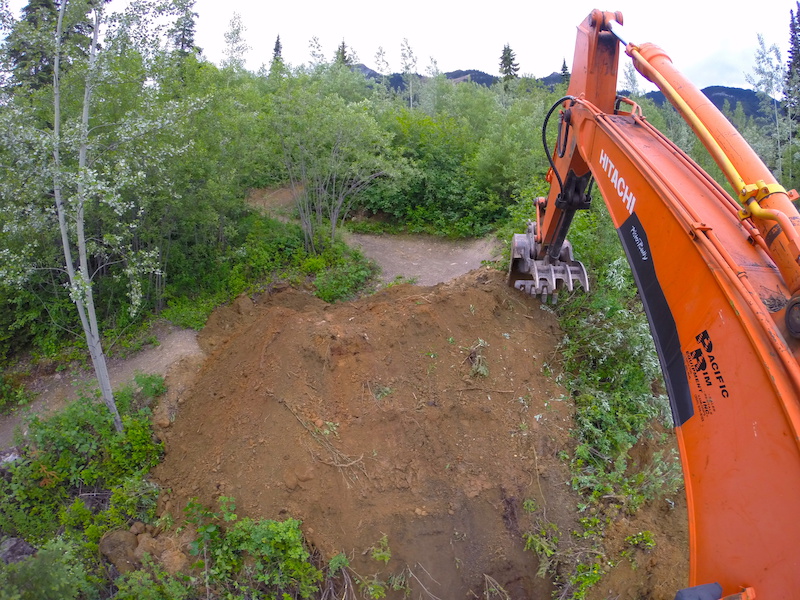 There was only one berm in this section that never linked up. Now it does. More fun! 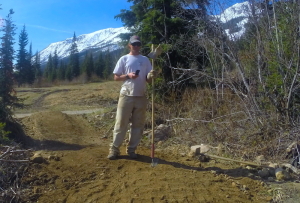 Rookie checking to see if Scotty is ready to beam him up from the new entrance of SB3.

MAGIC CARPET RIDE – A crew of ringers, Starr Trail Solutions, have foolishly taken on the task of finishing the re-routing of this mid-mountain disaster (the old one I mean, not the new one!). They are throwing everything they have into it and hope to finish before the preview weekend, but believe me when I tell you, it ain’t easy terrain. If it doesn’t open, unfortunately that means you would also have to cross off TIME TRAVEL from your trail map as they will share the same exit. 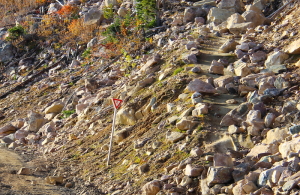 Tragic Carpet Ride hasn’t looked this good since it opened. RIP. You won’t be missed.

SWAMP DONKEY – A massive reworking of this new jump trail is ongoing to improve jump linking and drainage. Flow and flow, if you will. There is an outside chance it might be open this weekend, but don’t bet on it. But with so much else open, who will even notice? 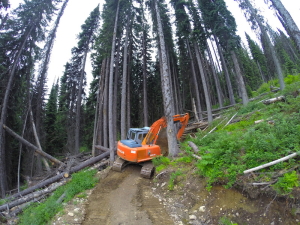 The Hitachi is the right tool for the right job. Beyond these trees is the wrong job. 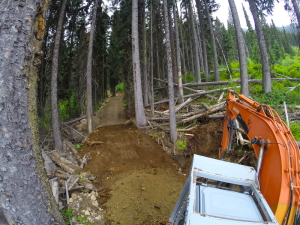 This jump was in the wrong position. The Hitachi moved it in about 5 minutes. 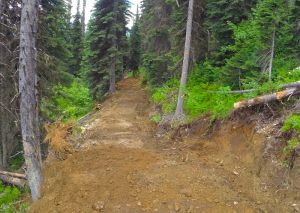 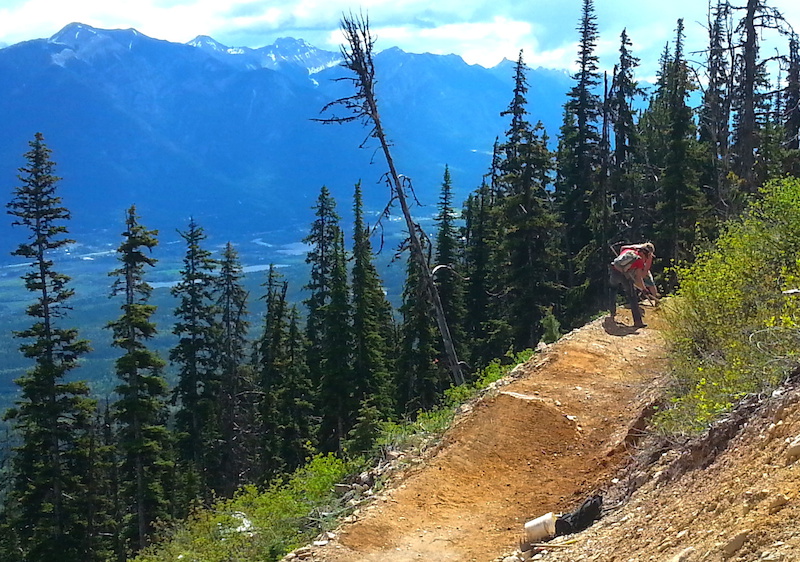 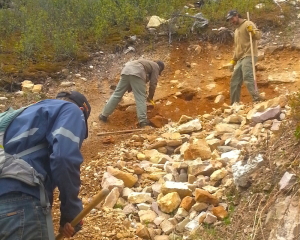 Any guesses as to where that pile of rocks came from? The middle of the mountain will forever be our sisyphean challenge. But we are up for it.

All this is yours this weekend, then for the whole summer into September starting next weekend. Early bird season passes are still available at kickinghorseresort.com. I think you’ll find this season will be worth the price. It’s only going to get better!