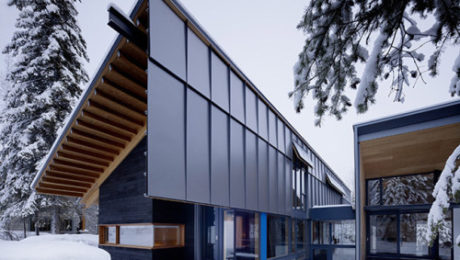 Kicking Horse Mountain Resort, widely known as the ‘Champagne Powder Capital of Canada’, is now gaining recognition for being a leader in real estate and mountain architecture as well.  The Cedars is Kicking Horse’s premiere ongoing real estate development, with construction of the first home starting in the fall of 2014, lots are still available to purchase.  The purchase of a mountain lot, managed through RCR Realty, offers ownership of a high energy efficient state of the art mountain modern, semi detached home (breathtaking views and easy access to the slopes included).

Recently featured in several highly regarded design publications, The Cedars as well as other private homes in Kicking Horse are receiving worldwide acknowledgment as a high end, luxurious mountain development. 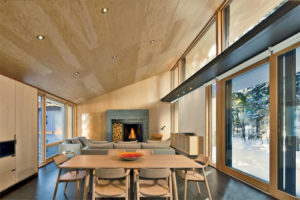 Other features this property and Kicking Horse have been included in;

Read more about The Cedars and other resort developments in the works at Fernie Alpine Resort & Kimberley Alpine Resort on the RCR Realty website. 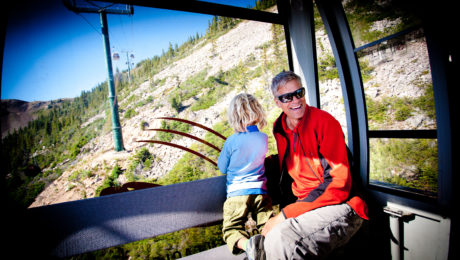 Summer might be the best time to get outdoors and enjoy what the mountains have to offer in our amazing backyard in Canada.  In recent years, ski resorts in British Columbia have made a series of additions, upgrades and updates to have family friendly activities for adults and the little’s as well as keeping the hardcore activities available for the summer thrill seeker. 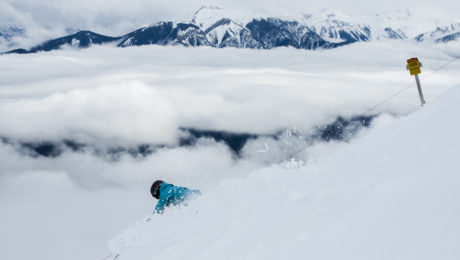 That’s what the experts are saying.  And while many people across Canada may be rolling their eyes, for winter outdoor enthusiasts it’s music to their ears.

What is La Nina anyways?
La Niña is the positive phase of the El Niño Southern Oscillation and is associated with cooler than average sea surface temperatures in the central and eastern tropical Pacific Ocean.  (According to Wikipedia)

Okay, but what does that really mean?
According to Dave Phillips, senior climatologist at Environment Canada – “In B.C. there is a high probability that we can expect a more frigid winter.  A little cooler, a little bit more snow..”

Read more about what exactly La Nina means and more from Dave Phillips on the CBC website.

For a longer and even more scientific explanation of La Nina visit the Weather Network website. 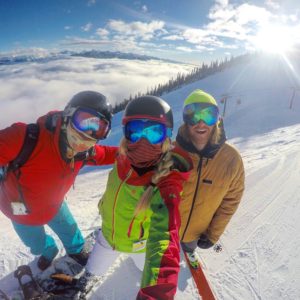 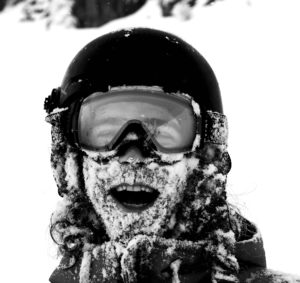 Don’t forget to order your Kicking Horse Season Pass before the end of the Early Bird Season pass sale on June 25th – order online through the RCR webstore now! 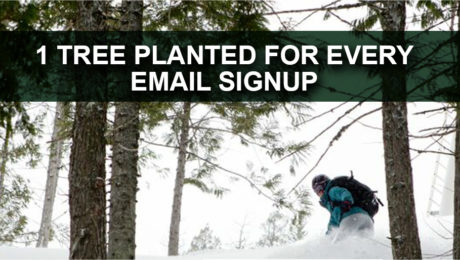 We like white on green here at Resorts of the Canadian Rockies; lots and lots of snow on our mountains and all over the trees on those mountains too.  Because if you’ve never come rocketing through the glades, ripping up and down the natural moguls with powder hitting you in your grinning face until you blast back onto the trail, you really haven’t lived.  And we kind of want to keep that around for a while, for future skiers and riders, for our kids, and for our kids’ kids too.

That’s why we decided to take a stand and be the first ski resort company to refuse printing a brochure this year, to do what we can to lessen our environmental footprint.  On top of that, we’ll plant a whole tree for every email sign-up to our online newsletter.  We hope this helps reiterate to consumers everywhere, that taking paper maybe isn’t the answer any more, especially if you can find that information online anyways.

So, help do your part and keep the Trees for Glades!  Sign your email up on our Trees for Glades website and read our full story (plus enter our contest for the chance to win a spring event ski trip for you and 3 friends)! 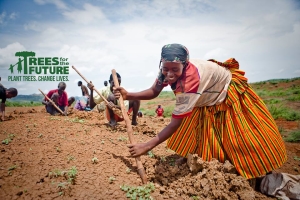 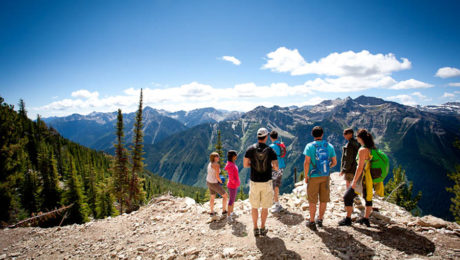 On June 28th, don’t miss out on this unique opportunity to rediscover our summer playground, with FREE sightseeing for our local community.  Be amazed by our breathtaking mountain views and stop by Eagle’s Eye Restaurant for an exquisite lunch at 7,700 feet.  A $9.95 Grizzly Bear Interpretive tour upgrade will be available at the Guest Services Desk, children (6-12 years) are FREE!